So, you tried this WFA thing for the first time in 2020, but how do you keep it going if your company is bringing people back to the office?

What happened to Ben Freedman and his wife has happened to many. It was March of 2020, and the beginnings of the coronavirus pandemic were starting to be felt in the US—mainly in high-density coastal urban centers.

“Our apartment was terrific until it was terrible,” Freedman, who at the time was working as a project manager at Alphabet’s Loon, which brought internet to rural and remote areas by literally launching balloons into the stratosphere, said of the San Francisco studio he shared with his then-fiancé, now-wife. The two toughed it out for four months. But by July, they had had enough.

“We didn’t have any doors except for the bathroom,” he said. “So, when we were on calls simultaneously or even if one of us was on a call, it was just really hard to focus and get things done with somebody yapping away next to you on a call.”

The two clearly needed some space. With no immediate need to return to the office, Freedman and his wife, Aliza, put their worldly possessions in storage and switched their work-from-home journey to a work-from-anywhere one.

The trend is increasingly common and wreaking havoc on San Francisco’s absurd rental market. According to Realtor.com, San Francisco led the country in rental price declines September 2020. The median rent for a studio apartment in the city plummeted 31 percent compared to September 2019. One-bedroom apartments dropped by 24 percent and two-bedrooms by 21 percent during the same timeframe. 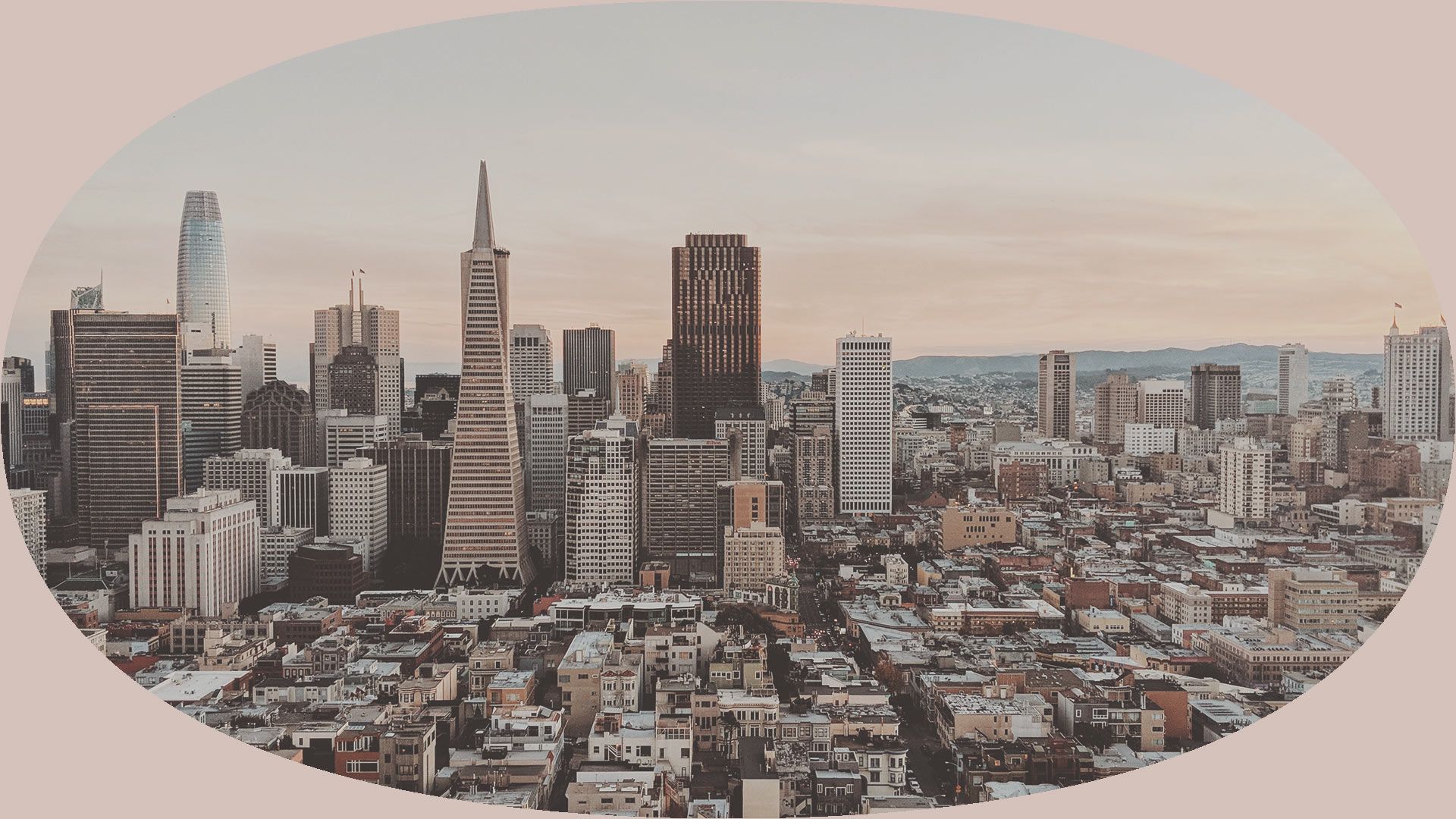 The reason? Much of the Bay Area’s tech-centric workforce moved to remote work. There’s simply no longer a reason to pay premium rent for less-than-ideal living situations when it’s possible to work from anywhere. Instead of cramming into tiny, overly-priced apartments, many have taken the opportunity to move out of the city permanently to less-expensive places or they’ve temporarily shifted work from home to work from anywhere.

Things may be starting to shift, though. As more Americans became vaccinated in the first half of 2021, some workplaces across the country began to consider a return to office hybrid model. Not everyone is ready to return, and many people are looking for a way to continue to work from home or from anywhere. If you’ve decided you prefer to work from anywhere, we’ve got some tips for you.

Be Sure WFA Is for You (And Your Family)

Before jumping into a longer WFA setup, make sure it’s the best choice. Freedman recommends evaluating your choice to first make sure it’s the right decision for you and your family and that it’s realistic. “Think through all of the elements first before bringing it up (to your employer),” Freedman advises. Not having kids and schools to consider, for example, made it easier on Freedman and his wife to make this work lifestyle a reality. As schools return to classrooms or hybrid classes next fall, like many are planning for, make sure keeping your kids on a WFA schedule is still an option.

Talk with Your Supervisor, Make a Plan

Before you schedule an appointment with your company’s human resources department and your immediate supervisor, have a list of one or more ways the company has and will continue to benefit from your working remotely. Don’t be afraid to throw in a few points of why the arrangement works better for you. Perhaps you’re more productive or can concentrate more easily. Freedman also advises saying you’ll establish checkpoints and commit to checking back with your supervisor and team after a couple of weeks to make sure the WFA is running smoothly for everyone involved. Then say you’ll check again a month later.

If you’re working outside of the time zone most of your team is operating in, Freedman recommends making sure you tell your supervisor you’ll remain available and will avoid drop-offs in communication. “It can feel like someone is off on vacation somewhere and not focused on the job,” Freedman said about people who are remote, but don’t remain active with work-related discussions. This is especially true if many of your coworkers have returned to the office. You want to be careful to remain in the know about key issues affecting the work team and be notified when there are new opportunities to put your best self forward. This will reinforce the effectiveness of working remotely.

Along with your personal reasons for the desire to continue working from anywhere, it might help to also bring some evidence. Now, to be clear, we’re not saying you need evidence to argue in front of a Supreme Court. Just a few extra data points will suffice. For example, recent research from Harvard Business School and Northeastern University suggests WFA can create value for a firm as well as employees.

The research found that, in particular, WFA workers who relocated were more likely to do so to lower cost-of-living locations, and that translated to not only a higher increase in real wages (thanks to savings from lower costs), but also “higher increases in productivity.” This suggests an overall WFA stance “could potentially be used as an effective firm-specific incentive to attract and retain skilled employees.”

Once a plan is in place, trust between you, your coworkers, supervisors, and supervisees is super important. Think of trust along the lines of Maslow’s Hierarchy of Needs. As a baseline, there should be basic trust. That is, everyone trusts that each is doing their part to make the team and company better. 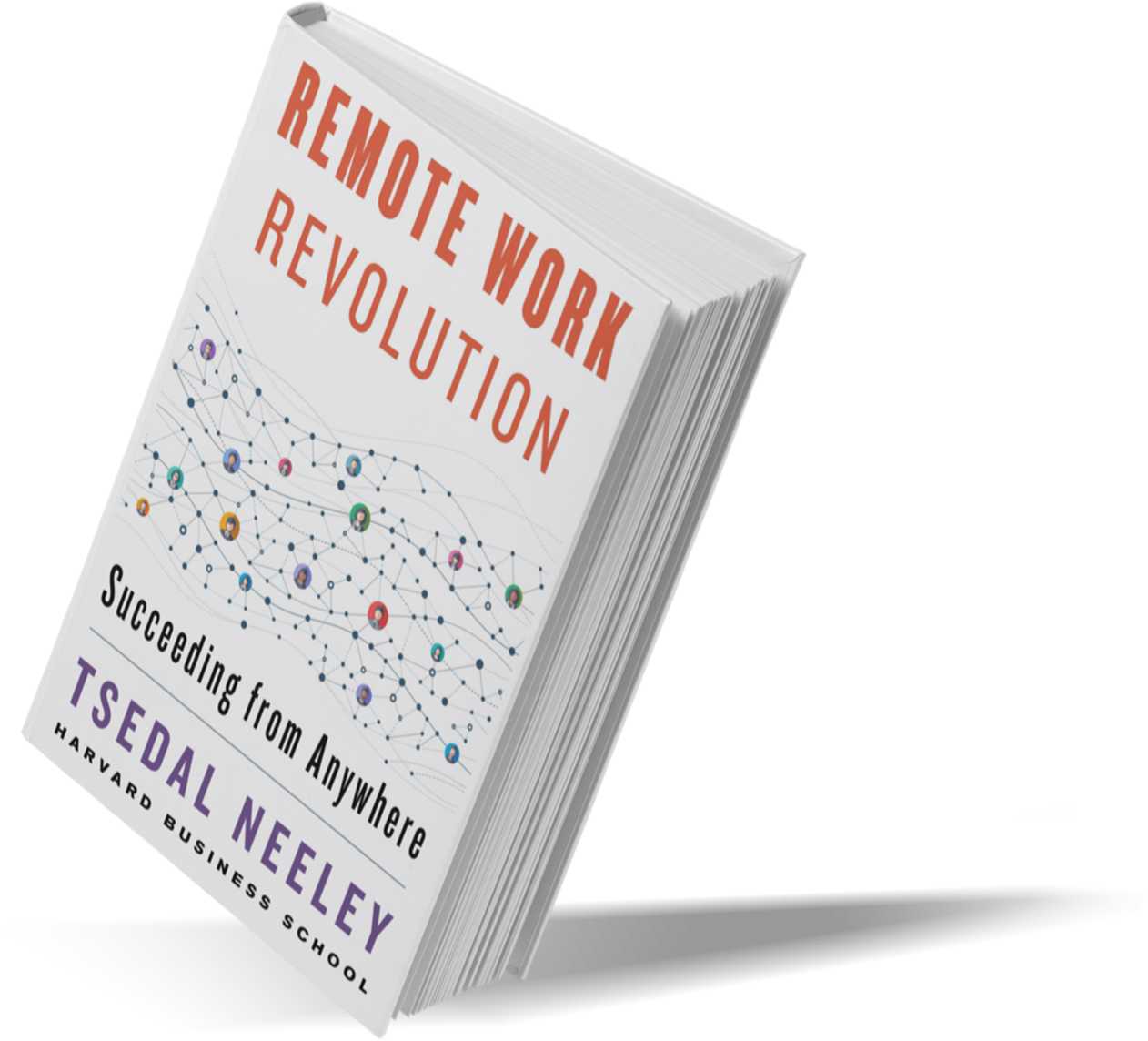 But to really thrive in a remote work setting, Harvard Business School professor Tsedal Neeley recommends moving into deeper levels of trust. In her recent book, Remote Work Revolution: Succeeding from Anywhere, Neeley recommends that teams and organizations build emotional trust. “One of the most powerful ways to develop emotional trust with people is by self-disclosure, or the process of making yourself known to others,” Neeley writes.

Self-disclosure should be voluntary, intentional, and explicit, Neeley writes in her book. “It [self-disclosure] is particularly important for remote workers because visually apparent social cues and other observable information to build connection with others are elusive or nonexistent.”

After things are good with your teammates and work, it’s time to hone your own system for organizing. By now, perhaps you’ve found one that works best for you. Excellent! If not, now’s the time to do just that. Freedman and Aliza were moving workspaces every month or so for a while and he devised a tactic to stay organized.

“I have a desk bag,” he said. “I have my pens and pencils, my keyboard, my mouse, extension cords, USB port, everything I need. So, if I’m in a hotel or an Airbnb or my parents’ place, or anywhere else, I can just have a table-top and know how to set it up so I’m not starting from scratch every time.”

Keep Up with Your Health and Work-Life Balance

Physical and mental health are always important. But they can be particularly important for remote workers. Take your healthy habits with you to your various WFA locations. As someone who has also spent the year WFA in many states the past year, I recommend picking activities and habits that are adaptable to different places. For me, that’s a pair of running shoes, yoga mat, and meditation app on my cell phone. Find what works best for you, but it definitely helps to not have to rely on bulky items or gyms, which can be hard to move or find in new places.

Finding New Digs Every Month or So

As for finding those new places to stay, flex those networks.

“Social and professional networks have been a lot more useful in finding short-term rentals than previously,” Freedman said. “It seems like everybody knows somebody who is moving, or has moved, or has a month-and-a-half left on their lease and can’t break it.”

Freedman suggests instead of resorting to online housing options like Airbnb or VRBO, he and Aliza have first been sending emails to friends and colleagues. Freedman has been utilizing niche and local sites like Sabbatical Homes or Rent in Santa Fe, where he and Aliza were based last fall. Property management companies can also be helpful for those working from anywhere and searching for short-term rental options.

Before March of 2020, Freedman rarely—if ever—worked from home, making daily commutes from San Francisco to Silicon Valley and back. “The switch to work from home was pretty abrupt,” he said. They definitely didn’t have any plans to leave their coveted studio. “We had no intention to do that. We were going to stay in that apartment indefinitely.”

But with the Freedman’s planning on staying in a remote work format at least through the summer, Freedman is considering staying out of the Bay Area for a while after a quick trip back to catch up with friends. Where will they go next exactly? Time will tell. But the WFA experience likely marches on for him.

Finding the Balance in Remote Work vs. On-Site Work

As much as employees and employers have recognized the positives of remote work during COVID-19—opting out of long commutes, avoiding in-office distractions, and being able to eat salmon for lunch without stinking up the break room—working from home during a pandemic doesn’t exactly track with working remotely

How Are Your Remote Workers Doing?